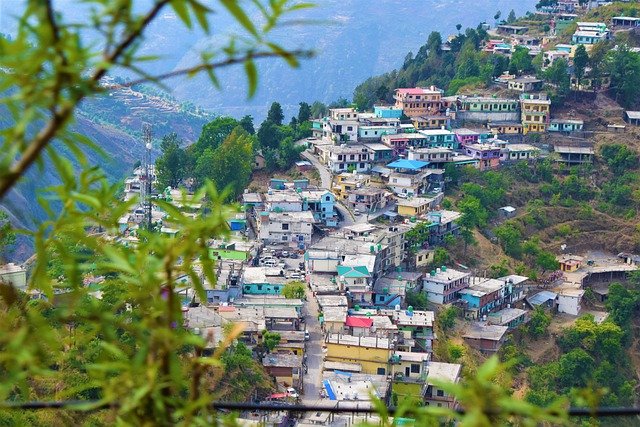 Planning a Mussoorie trip? Here’s an overview of Mussoorie: the best time to visit Queen of the Hills. It is a memorable experience in every season. Situated at a height of 2005 meters above sea level, Mussoorie offers picturesque and breathtaking views of the Himalayan ranges and the Down Valley whichever month you choose to visit.

The hill station is always green and is a great place to relax and celebrate your holiday amidst the beauty of nature and some attractions such as hills, museums, adventure parks, art galleries, clock towers and waterfalls, all of them trying to draw your attention. Mussoorie’s population has grown as well as development leading to increased tourism to Mussoorie. With so much to offer, just a little more planning and careful planning of your trip for the best season so you can make the most of this wonderful destination.

Mussoorie summers start in March and end in June. However, while some people may expect the summers to be hot and humid, the hill station has a moderately cool temperature that alleviates the heat. Temperatures range stays from 15 degrees to 25 degrees Celsius. This is the particular reason why many people visit Mussoorie during the summer months. Due to the popularity of Mussoorie during the summer, it is also high season, and although this is the best time to visit, it guarantees a large number of people and less quiet places. Summers in Mussoorie also mean that the snow from the winter months has melted resulting in teeming streams and spectacular waterfalls adding to the beauty of the place. Adventure sports and trekking are also popular during these months.

Monsoons have the most conflicting reviews in Mussoorie and prove to be different for each individual. While some people say that the landslides that frequent the roads to the hill station are extremely dangerous and leave Mussoorie inaccessible, others are of the opinion that the monsoons may be the time best to visit the local hill station. Mussoorie roads are indeed slippery and prone to landslides during July, August and September, but if one is keen to visit the hill station, spectacular views are welcome. The entire hill station builds on a calming and hypnotic vibe and you forget about all your worries and misfortunes. Mussoorie is also shrouded in fog, making the whole scenery look more beautiful than it would be on a typical day. Monons are therefore a great way for people who love peace and loneliness and want a break from their hectic lives.

Visiting Mussoorie in winter is also considered the best times. Indeed, the entire hill station is covered in a layer of shiny, glistening snow that gives the town a completely different look. The temperature drops below zero degrees at night. Roads are blocked from mid-December to February due to snowfall. Heavy snowfall usually occurs in December, January and February and tourists prefer to see this phenomenon. Winters also bring a festive Christmas in which the whole house is lit up with string lights and Christmas decorations, perfect to get you in the festive mood.

Now get ready and enjoy your trip to Mussoorie, but don’t forget to get your clothes according to the weather you choose.